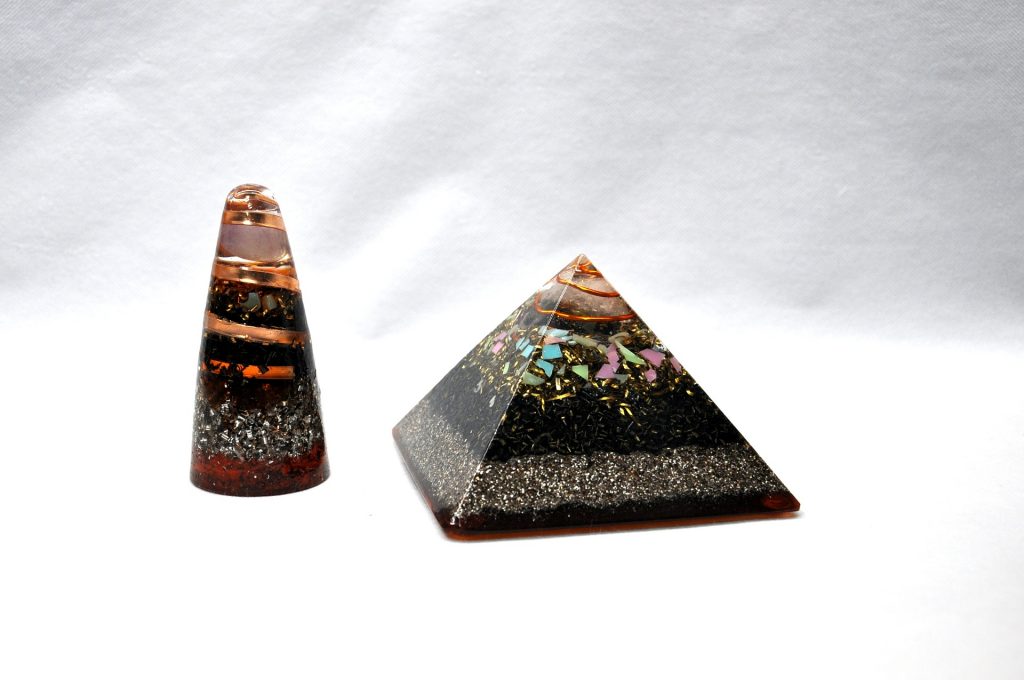 dramatic tales of book burnings by the United States government. We laid out how it all connects and got the experts to answer our biggest orgonite questions.

The History of Orgone Energy

Orgone energy and orgonite may be just now becoming popular topics, but their history actually dates all the way back to the late 1930’s. Wilhelm Reich, a pupil of Sigmund Freud, discovered orgone energy by observing it in mice and in the night sky through a special telescope that he invented called the organoscope.

He discovered that this energy is a bluish color and can be found in the air and soil. Reich began building orgone energy accumulators that concentrated orgone energy into a box for someone to sit in and take in as much orgone energy as possible.

While he discovered that these accumulators had positive effects on plant growth and helping mice with cancer, this was not accepted by everyone. In 1941, Reich was arrested by the FBI. Later in his career, the FDA filed, and won by default, an injunction against Reich. It was in 1956 that 6 tons of books, journals, and papers written by Reich were burned by the FDA. Luckily, all of Reich’s previously published works were brought back in circulation beginning in 1961.

Despite the government’s best attempts at keeping this energy away from the general public, more and more people have come to learn and understand the importance that orgone energy has on health, the dangers of deadly orgone energy, and the positive role that orgonite can play.

According to Reich’s research, there are three components of orgone energy: “Positive Orgone Energy”, “Deadly Orgone Energy”, or simply a neutral “Orgone Energy”. Reich found that both positive and neutral orgone led living organisms to be healthy.

Deadly orgone energy, on the other hand, can have serious effects on people and other living things. This occurs when the energy is stopped from flowing freely or, as Reich called it, being “armored”. This stagnant energy is often the result of human-made technology as well as the result of negative human emotions. Being around deadly orgone energy without orgonite can have a number of negative effects.

What the Experts Have to Say

We were lucky enough to speak with experts in the field of Orgonomy. Gary Fields, founder of Orgone Energy Fields, and Michelle Hood, owner of Lite the Light, were generous enough to give us their insight. Here are some of the questions that we asked:

How long should it take for people to feel the positive effects of orgonite?

Gary: “It depends on the individual. It could be instantaneous or a week or two. If they resonate a lot of energy to interact with the crystal’s energy, they will notice immediate effects. If someone is sick, it may take a little longer to feel it. A lot of people feel it right away. Their hairs stand on end or they feel a chill or a warm glow over them.”

Michelle: “Everyone is different in their sensitivity to energy or shift changes. Some will notice that they can meditate more easily if they do that. Others might notice after a while that they have been sleeping better or are less tired sitting in front of the computer (if it is placed between themselves and the device). There is no one answer.”

Do you foresee any big leaps in the field of Orgonomy?

Michelle: “There are always leaps! Thank goodness. Yes I do. In fact I am working on something myself now. Ingenuity and brilliance come at the most unexpected, yet necessary times. None of this is new, we are all just finding our way. So much information is hidden from us. We could all be further ahead if we had access to the great works of the ancients.”

When buying orgonite, what should people look for?

Gary: “Authenticity: make sure all materials are authentic, not fake gemstones or crystals.

Natural Materials: Synthetic resins, crystals, stones will do harm. Only natural crystals, minerals, stones and petroleum carbon based resins can be used.

Use of Space: In order to function efficiently, Orgonite should be proportional to the materials, crystals or stones used in the piece. They should be perfect in size and shape to reap the best benefits.”

Michelle: “Always pick the one you love most. There really can be a difference in how these are made and whether they have a greater or lesser output. That written, all orgone can be charged and amped up. Using direct sunlight or sound (chimes, forks, bowls or even classical music) which emanate precise waves of frequency and light that clear environments, crystals and all living beings! If the orgone device is really in bad shape, consider burying it in the earth for 2 weeks to see if it can be resurrected. All these remedies are both simple and profound.”

Is there anything people can do along with using orgonite to avoid Deadly Orgone Energy?

Gary: “There are a lot of debunkers out there but from the 100’s of testimonials I receive and the repeat business: Orgonite is the only product effective against DOR.”

Michelle: “DOR is all around us. There is really no way to avoid it unless you live in a remote area, off the grid.  What we all can do is minimize and mitigate it. Orgone can definitely help do that. Strategically placing orgone devices in your home or in front of your computer will initiate vortices outputting higher frequencies connected to the crystal matrix kingdom. Other great remedies are copper mesh on the wall behind your smart meter and faraday material in the most severely affected locations (near power lines, etc.).”

How has introducing orgonite into your life affected you?

Gary: “Orgonite has provided less stress, anxiety and pain in my life since I began producing it.  By combining crystal energy with the Orgonite, I am able to support or remove symptoms entirely.”

Michelle: “Working with crystals for the last 11 years and making orgone pyramids has definitely increased my intuitive and psychic abilities. It is much easier to maintain a meditative state with the pyramids close by. I am used to this energy now but when I have guests over, they all feel the difference in the energy of my space and love to hang out! That says a lot.”