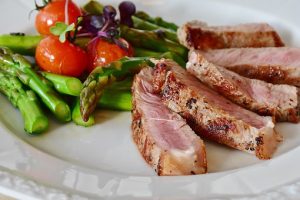 While many have been using the ketogenic diet as a way of losing weight and living a healthier lifestyle, there are many other health benefits of ketogenic diets.

We’re going to focus this blog on how the formation of ketone bodies can directly slow down and reduce Alzheimer’s disease symptoms.

Studies show ketogenic diets can slow down and even reverse symptoms of memory loss and cognitive impairment through all stages of dementia.

This news is important now more than ever. Predictions say that there will be more than 15,000,000 Americans suffering from Alzheimer’s disease by 2050.

In Alzheimer’s disease, fragments gather to form hard, insoluble plaques between neurons in the brain.

When this happens the neurons in the brain aren’t able to take in glucose (sugar) due to insulin resistance. For many people, glucose is the only source of fuel that the brain uses to power its cells.

Without receiving the fuel from glucose, the cells slowly die off. This often happens years before symptoms arise.

But it’s not all bad news! While brain cells are very picky in what they use for fuel, there is still another option. When there is no glucose available, cells can use ketone bodies as an alternative fuel. However, ketogenic diets don’t always lead to a large enough supplement of ketone bodies.

A keto diet alone has still shown to improve coordination and balance of dementia patients, but it hasn’t shown to affect the plaque that is the hallmark of the disease. 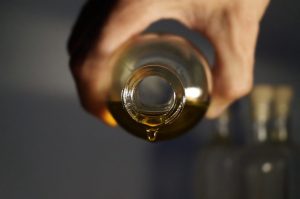 MCTs (medium chain triglycerides) are converted into ketone bodies by the liver, instead of being stored as fat, during their metabolism.

Ketone bodies formation comes from the breakdown of fat when there are not enough carbohydrates to keep the blood glucose within normal limits.

One of the best sources for MCT is coconut oil, as about 65 percent of the fatty acids in it are MCTs. Nevertheless, there are ways in which you can take pure MCT oil, made up of 100% of the acids that help prevent and treat Alzheimer’s disease.

By taking an oral or IV administration of a ketogenic MCT oil, your body produces hyperketonemia, or circulating ketone bodies, which are then available for the brain to use as fuel in the absence of glucose.

So when the amyloid plaque is blocking your brain cells from receiving glucose, ketone bodies act as a substitute to keep your cells alive and your brain healthy.

In fact, hyperketonemia results in a 39% increase in cerebral blood flow and reduces cognitive dysfunction.

Beta-hydroxybutyrate is the primary ketone body that is produced when the body metabolizes fatty acids and actually protects neurons when glucose isn’t available.

There are actually doctors who have created an ester form of beta-hydroxybutyrate that is derived from MCT oil. The ester can be taken orally and converted directly into energy or fuel for the brain.

MCT oil benefits the brain in prevention and treatment. How much it helps in the reduction can be debated.

However, many Alzheimer’s disease patients whose symptoms were worsening have said that using MCT oil and keto supplements improved their conditions.

It’s a great source for energy boosts and brain health. Before 1950, the world’s population depended much more on a natural ketogenic diet surrounding coconut oil and fish.

With the introduction of processed foods and obscene levels of carbohydrates, our bodies have transitioned to rely heavily on glucose instead of ketone bodies.

The spike in cardiovascular diseases the past 70 years is no coincidence. The benefits of MCT oil and ketone bodies go far beyond weight loss and fun keto recipes.

There are doctors and researchers pouring millions of dollars into how MCT oils and ketone bodies can not only treat Alzheimer’s disease but dozens more.

It is a potential treatment for Parkinson’s disease, Huntington’s disease, multiple sclerosis, epilepsy, ALS, autism and even some forms of cancer.

How To Use Ketosis To Treat Alzheimer’s

While certain doctors are now administering MCT oil as a form of ketosis treatment, it might not be readily accessible where you live. 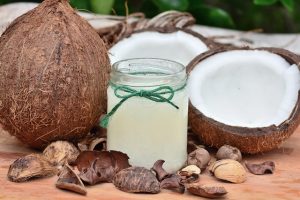 It is fairly easy to purchase MCT oil online and is usually sold in bottles ranging from 24 to 32 fluid ounces. Depending on the product, the price for one bottle is typically around $20 to $30.

However, you may have noticed that we’ve mentioned coconut oil a few times in this post. Coconut oil is a great source of MCT and can be purchased at most grocery stores. If using MCT oil, 4 teaspoons once a day should be enough to supplement your body with enough ketone bodies for 24 hours. If using coconut oil, 7 teaspoons should be taken to duplicate the MCT.

It can also be spread over the course of the day as you might feel too “full” taking that much at the beginning. Outside of taking doses, you can start adding coconut oil to your oatmeal, salad dressings, or any time while you’re cooking.

You can start substituting it in for butter on food like potatoes, rice, pasta or noodles.

For those who really want to make it a treat, some grocery stores sell coconut ice cream. Moreover, coconut milk can be used in coffee, scrambled eggs, mashed potatoes, and more.

Alzheimer’s disease is extremely debilitating to the person who has it and everyone surrounding them. Watching yourself or loved one slowly decline and lose their identity is something no one should experience.

With more awareness and testing, we believe that ketosis, ketone bodies and MCT oils can have a positive impact on Alzheimer’s disease patients. It has shown to improve the quality of life and return some normalcy to the lives of its patients.